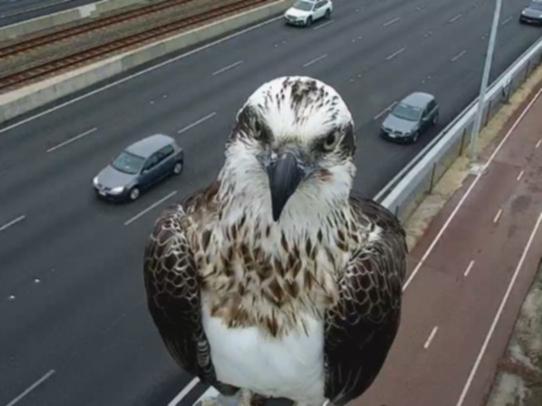 An osprey was caught on CCTV camera looking over drivers during peak commuter traffic in Perth in Western Australia.

The photo of the sea hawk was posted by Main Roads Western Australia who caught the bird as it calmly gazed into the CCTV cameras.

The camera was installed over the busy traffic area on the Kwinana Freeway northbound near Mill Point Road. The bird’s steadfast gaze made it seem like it was doing a traffic report, warning commuters of speed limits and slow downs ahead.

The delightful pictures attracted a number of comments.

“Keeping an eagle eye on things,” said another.