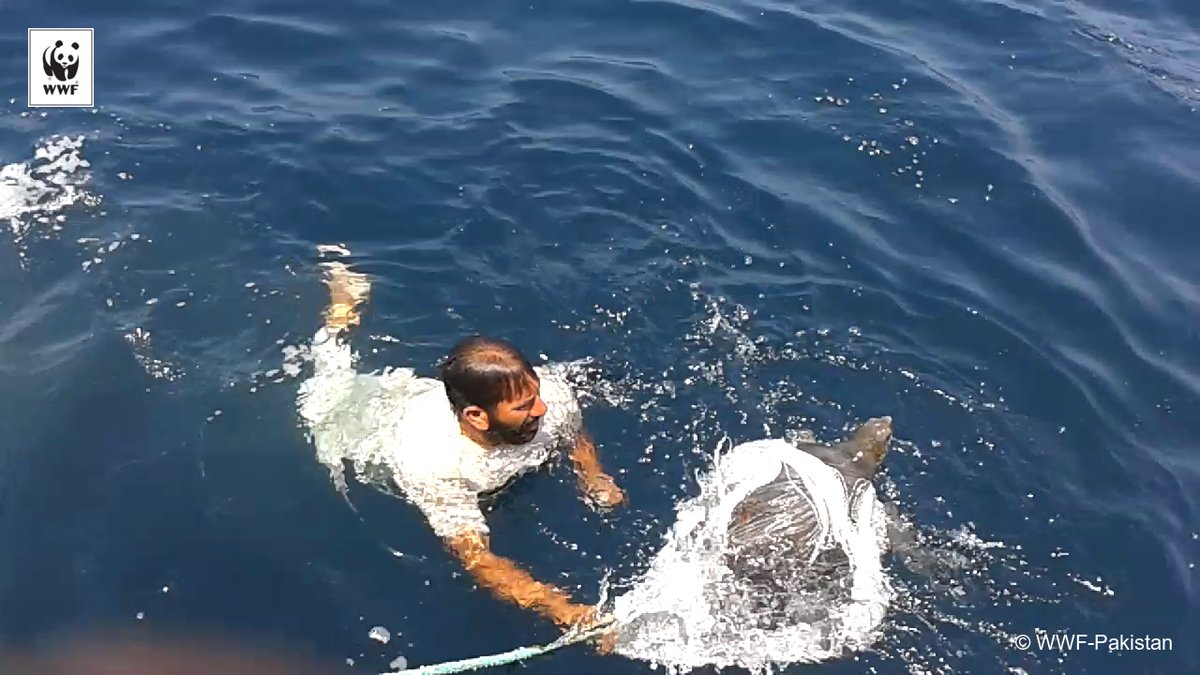 If you need another reason to ditch plastic bags — or at least dispose of them properly — this may be it.

Amir Rahim, a WWF-Pakistan trained observer, came upon an Olive Ridley Sea Turtle, which was trapped helplessly and flailing in a bag in the Arabian sea.

“According to Amir Rahim he has seen many turtles entangled in fishing nets but this was the first time he saw a turtle trapped in a polypropylene (PP) bag,” the WWF said in an update today on Facebook.

“Be gentle with it or God will get upset from us,” the men are heard saying in the video.

Uncontrolled dumping of #plastic waste in the #marine environment has become a serious threat 1/2 #WorldOceansDay pic.twitter.com/wk2G0NCZ9O

to animals and plants inhabiting the #coastal and offshore #waters of #Pakistan 2/2 #WorldOceansDay pic.twitter.com/VIj0LTCL9u

This turtle was one of the lucky ones. It appeared to have been tangled for a long time, the rescuers said, and surely would have starved.

“This will warm your heart,” the WWF posted along with the video. “… and make you take action!”